"We all live two lives, the second one starts when you know there is only one life." - Confucius

Amidst our busy lives, there comes a point when we have this lingering urge to hit the pause button. For some of us, travelling takes care of the much-needed break in our mundane lives.

One such biker is Ashfaque Ahamed, a banker by profession, who took off from his 9 to 5 job and covered 9532 km in 28 days travelling across 40 cities in India, Nepal and Bhutan. 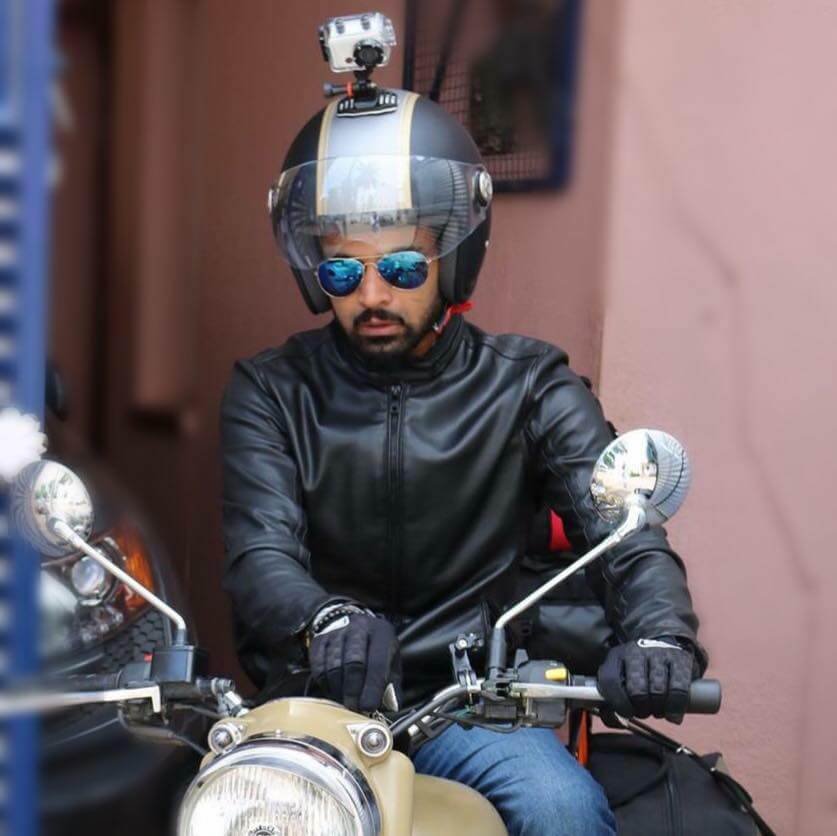 Ahamed started off from Jaipur, Rajasthan and biked all the way to Bengaluru, Karnataka covering the route less travelled by many.

He documented his entire trip using social media, with photographs and videos enthralling us with the charm of his visits.

Say for instance, this video from Palpa, Nepal where he is talking about the breathtaking beauty of the place...

... and this crazy video of his bunjee jump in Pokhara, Nepal!

Agree or not, one cannot learn, feel, change, grow or love, if he or she is not letting it loose.

I want to motivate the youngsters around the world to indulge in more of physical activities rather than spending their time in PlayStations, mobiles phones and social media. If using social media platforms, use it for the right cause. The virtual world is making our youngsters lazy and weak which is affecting them to succeed in life. I travel solo and travel through the most difficult or less travelled routes to let them know that if a married and 9-5 working regular guy like me can go and do such extreme level of physical activity and live my dream, then all of you can also do it.

While you're drooling over this increadible journey, let us tell you it was not all all fun and games for Ahamed. Bad weather, road defects and what not! But giving up was not an option.

According to Ahamed, he rode approximately 35 km closer to Everest base camp eastern region through Nepal which no Indian has ever reached on a motorcycle. He is also the first person to cross the Mangdechhu Hydroelectric Project, a headrace tunnel in Bhutan on a motorcycle. For his fellow solo trippers, he has some words of wisdom. He said -

Be fearless, be ready to face any obstacle that comes in your way by right preparations. Carry the right tools/gadgets/clothes, act with the right attitude and be calm and composed during all situations. Most importantly, do not rush into anything to catch up with your schedule, this will only make you lose the purpose and the enjoyment part of your journey. Remember "it's not about the destination, it's about the ride".

Because for some, home is where the road is.

You can read more about his trip here.