Let me paint you picture. You're out with your friends on a Saturday night, chilling at a bar in Gurgaon, having a few drinks and laughs and suddenly, you're accosted by something rather distasteful on the menu. If this sounds familiar to you, you may have pictured yourself at Sandy's Cocktails and Kitchen in Sector 29.

While the place has a fairly decent line-up of finger food and cocktails on offer, someone noticed an offensive display of sexism and narcissism right on the bar's menu.

The restaurant and bar has an above-average rating of 3.9 out of 5 on Zomato and the reviews for the place are mostly positive.

But the owner of the place, 'Sandy' Verma decided to dedicate an entire page of the menu to talking about just how much he loves "Big Boobs, Long Legs, Anything in skirts!!!!!!"

Also, there's a little typo in the write-up ("flirting with girls who don't care ether"), but that can be ignored. What is difficult to ignore is his hobby:

"Waking up naked in bed with shoes and girls still on."

Here's the original tweet that pointed out Sandy's hulking sexism:

And several people in the world of Twitter didn't react kindly to it. 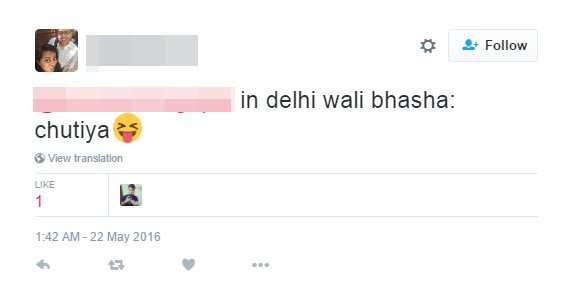 Don't know about the food there, but this certainly didn't leave a good taste in many people's mouths.