Nature has a way of turning your most surreal imaginations into reality. And turns out, you find these treasures only if you look very hard for it.

These otherworldly images are of an ice cave near the Mutnovksy Volcano in Russia. A gentle stream ripples through this cave with a translucent ceiling. Tucked away in a remote corner that does not experience much footfall, this half-mile cave is formed out of a glacier by an underground river that originates in a hot spring gushing from the Mutnovsky volcano. 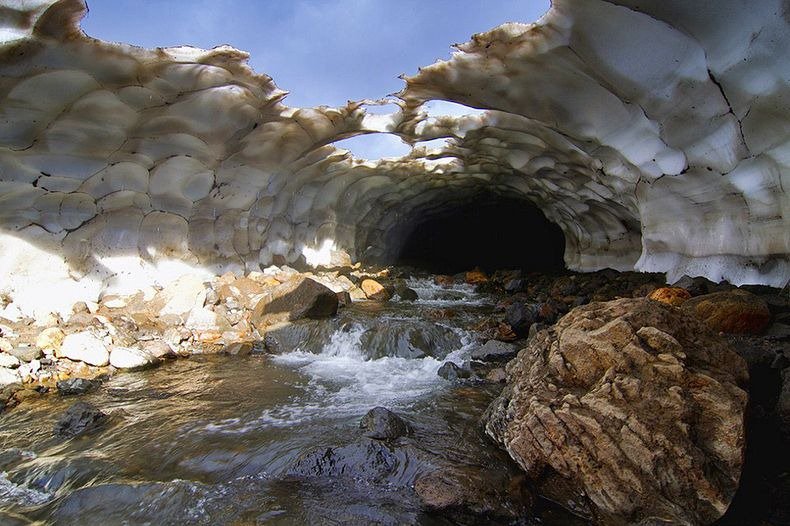 Photographer Denise Budkov, who stumbled upon this seldom-visited cave and took some of these magical pictures, mentions that the passage of the cave is too small to enter. An unusually hot summer and light snowfall resulted in this cave whose ceiling resembles that of Michelangelo's Sistine Chapel. 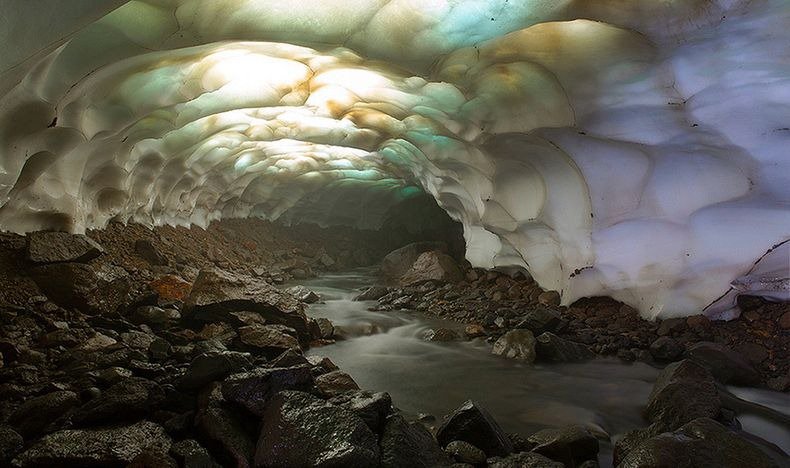 Although this might be a surreal sight, captivating everyone who sees it, this beautiful cave is the result of glaciers melting in the Kamchatka Peninsula. The translucent, colourful ceiling has taken shape due to the thinning ice that allows sunlight to pass through. 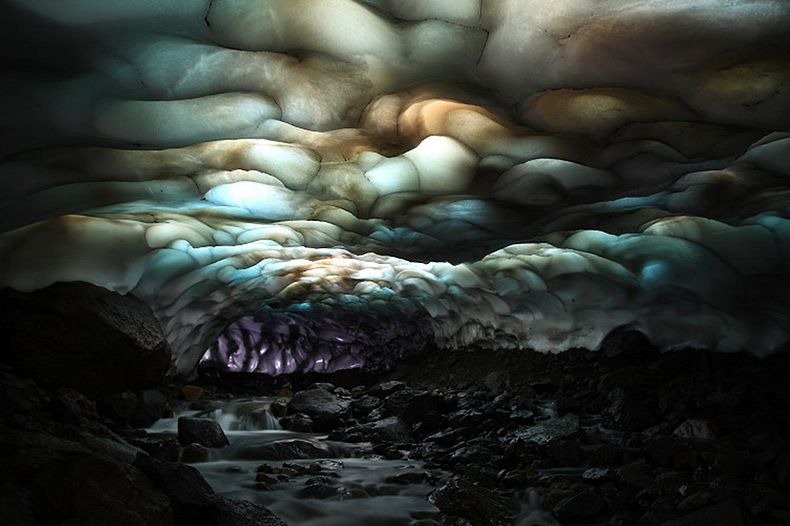 Budkov told The Siberian Times, "It's hard to find such places without a guide. Even me, being an experienced guide, didn't know about this cave as it is off the usual routes I normally take. Plus at the moment, it is impossible to get there as we have a metre and a half of snow covering everything. I'm not sure if it will even melt during the summer. So maybe the people who want to see the cave will have to wait until next year." 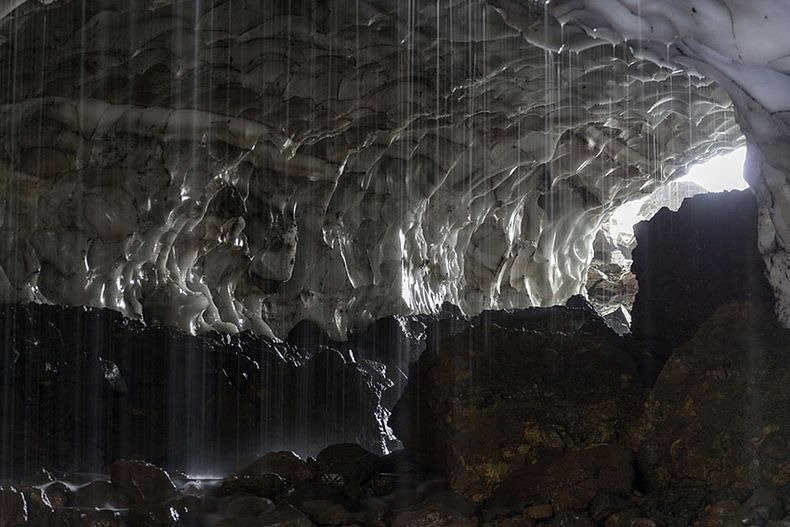 For the one who's looking, does this ice cave not seem like a secret passageway to a magical world?

All images sourced from Amusing Planet, unless specified.