Smoking has somehow, over the ages, gone from a thing that many among us did 'cause it looked cool, and turned into something they just do - 'cause sometimes you just need something to do. However, one man has said something that needed to be said - going by the staggering increase in the freaquency with which we hear of cancer these days.

Aashish Mehrotra from Mumbai recently used Snapchat to share his thoughts on smoking with the world. And I'll be damned if it doesn't leave you at least questioning your love for the little cancer stick. His heartfelt story started by urging people to go through it with a little patience, to share and show they care. The former occasional smoker had cancer take the life of a family friend - even though she never smoked in her life - which opened his eyes to the grim realitities of smoking. 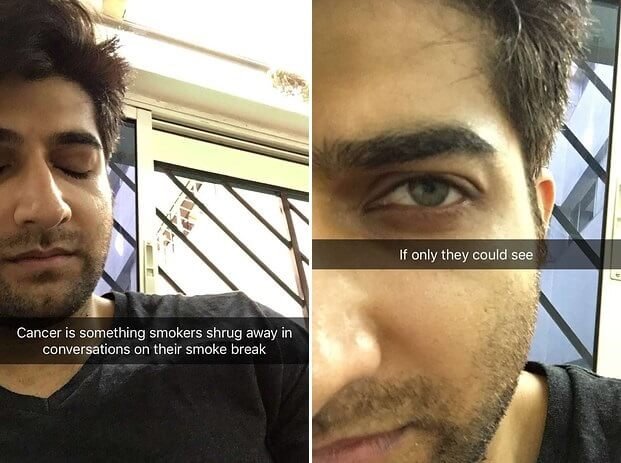 The Snapchat was made while Mehrotra waited at the hospital donating platelets and white blood cells. And he asked his audience one simple question. His words brought cancer to life in a way that we haven't seen often. 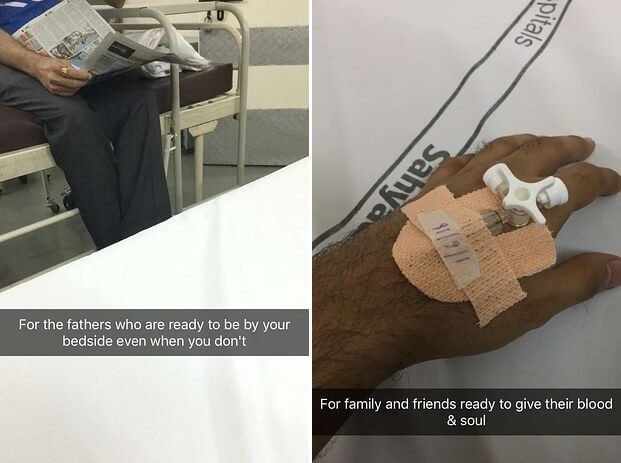 His simple words endeavoured to make those reading them understand the sneaky dangers of smoking - even if it might mean annoying them. Thank you, Aashish. I believe we all needed this reminder. We support you in your stand against this horrible habit.

A Snapchat story close to my heart. Please have the patience to watch the whole Gif. Share. Care. pic.twitter.com/H9TSGXmWj8

And if even one person quits smoking because of your Snapchat story, it'll have been worth it. We sure hope it's a lot more than one, though.