There's a little town in Spain with a population of around 3000 where the term 'location, location, location' is probably so overused it's caused murders. Setenil de las Bodegas in the province of Cádiz is a town that's basically living under a rock, for all intents and purposes. The place looks otherworldly, almost bizarrely enchanting, and I'm sure the first question most house seekers here ask is, "is it well lit? You know, what with that big ol' boulder blocking the sunlight and everything."

The place actually has a pretty interesting history. A long time ago, people settled here and used the natural rock structure around them to stay cool in summers and warm in winters, building only the basic necessities required for a home.

Anyway, here's some pictures of this unique, and strangely beautiful place.

Setenil's bars and restaurants are considered some of the best in the region. The tradition of living in caves here dates back to more than 25000 years. The streets of Setenil are located on a narrow gorge.

It’s located next to the Rio Trejo River, which keeps temperatures cool. A lot of the houses are built into or under the walls of the rocks. 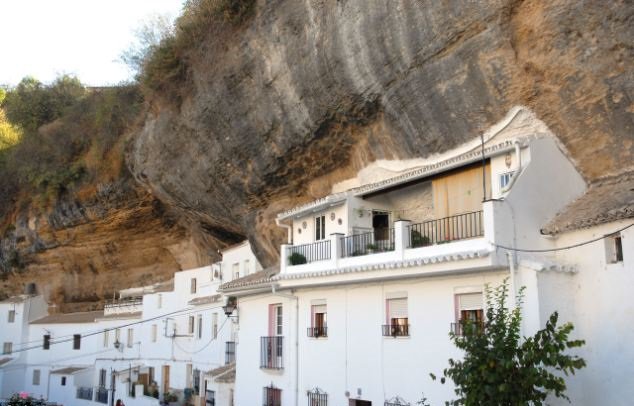 The white village houses blend perfectly into the natural surroundings. 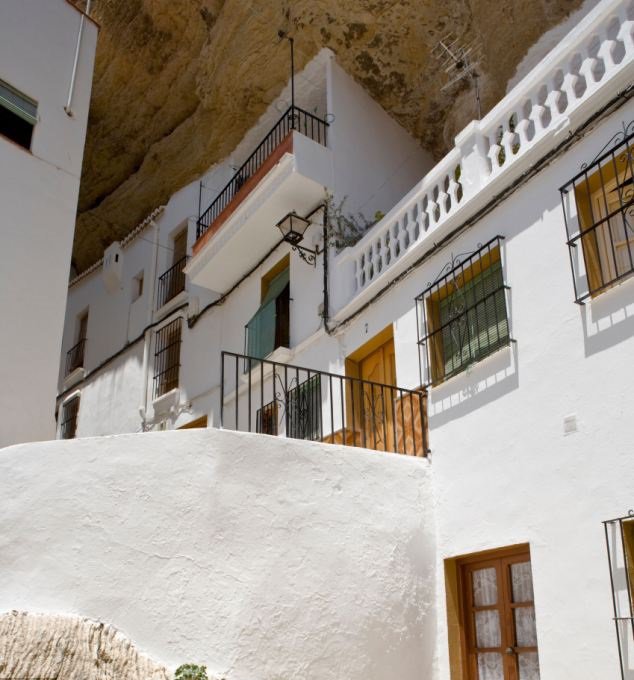 Setenil was originally known for its flourishing wine market, but today it's famous for its aesthetic appeal. A town that looks like it's literally growing out of the mountain, Setenil de las Bodegas is a truly wondrous place.