No matter where you go in India, you'll find Dhoni fans. That's the power and stardom of this man, who, in many ways, has brought the nation together. Many many times.

But the question for the fans is, how much do they really know about Mahi. Here are some questions for you to test the same (no pressure, but there is a lot at stake).

1. How many times has MS Dhoni remained not-out in a successful chase in One Day Internationals? 2. How many matches has Dhoni lost as captain in the ODI World Cup? 3. How many runs has Dhoni scored in all the IPL 20th overs he has played? 4. How many centuries has Dhoni scored while playing at number 7 in the ODIs? 5. Which railway zone did Dhoni work for, as a TTE? 6. Which team did Dhoni make his Ranji trophy debut for? 7. How many innings has MS Dhoni played as a bowler, in international cricket? 8. Apart from cricket, Dhoni is also a big fan of football, and in fact wanted to pursue it further. Which other sport did he play apart from these two? 9. Dhoni once revealed his favourite dog out of all the pets he has. What's its name? 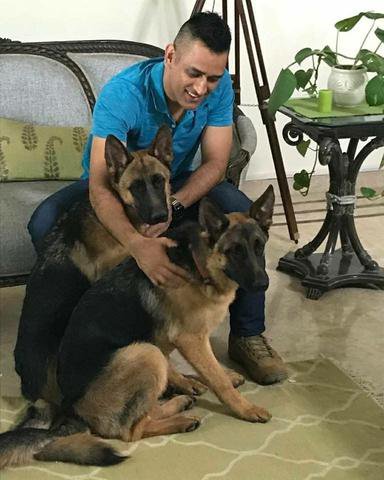 10. Dhoni holds the highest 8th wicket ODI partnership record for India with this player. Who is he? 11. How many times has Dhoni been a part of the ICC ODI team of the year? 12. No one knows the exact number of bikes Dhoni has. But if you had to take a guess, what would it be? 13. In which stadium has MS Dhoni scored the most number of One Day International runs? 14. How many sixes has Dhoni hit as a captain, in international cricket? via The Sports Rush

MS Dhoni holds the record of being the Indian wicket-keeper with the most number of dismissals in Test cricket. Can you guess the number?