There are so many places to see, so many memories to create, and experiences of a lifetime waiting for us out there. Mountains, valleys, forests, meadow, deserts - you name it, and Mother Earth will charm you with her beauty. But, how would you feel if you're deprived of visiting to some of these amazing places? It's not a lame joke, but a reality. There are in fact some places across the world that don't allow people to enter. Here, let us help you with it.

The Sentinelese tribe of this tiny island kills anyone who enters their land.

Living in a densely forested place, Sentinelese people are completely unaware of globalisation. In 2004, after the Indian Ocean earthquake they attacked the research aircraft that entered the area to analyse the damage caused. In fact, in 2006 when two fishermen lost their way and entered the island, the tribal people killed them.

This place has been seeing an active 2,745-foot-high complex volcano since 2000.

This barren Antarctic Island, located between Madagascar and Antarctica has witnessed a 2-kilometre-long lava flow since 2000. The 368-square-mile place is filled with mountains, 41 glaciers and also houses seals, penguins and marine birds.

This place has one of the most deadly snake species in the world namely the Golden Lancehead Viper.

The Golden Vipers are present every 5-metre in this 43-hectare island. Present around 20 miles from the Sao Paulo shore, the Brazilian government has strictly refused admission in this place. However, every 5 years scientists visit this island to study the snakes, on the government's instruction.

Due to a fungal outbreak, the caves have been completely closed to the public with the exception of a few scientists who are permitted admittance in only a few days of a month.

This place is situated in Northwestern France, and is believed to be around 17,000 years old. It executes images of large animals, proven by fossil excavations to have been thriving inside the caves 17,000 years before. UNESCO has listed this place as an World Heritage Site.

It is believed that ghosts of war victims, plague victims and a murderous doctor move around the premises.

Located in northern Italy, this mental asylum was closed down in 1968 and the island was abandoned. Considered one of the most haunted places in the world, the Italian government put the land up for a 99-years lease in 2014, but nobody showed any interest in the opportunity. The archives are believed to have historic documents, papal account books and other items like letters from Michelangelo.

Considered official property of the current Pope, the archive shelves spread across 52 miles and possesses over 35,000 items. Entry is granted only to a few qualified scholars who receive permission after going through a tedious application process. Only the high priestess or priest, who are members of the Japanese Imperial Family are granted entrance inside the shrine.

This place is divided into two main shrines and 125 secondary shrines. Dedicated to the goddess Amaterasu-omikami, the shrine was first built in the 3rd century, and goes through dismantlement and replacement every 20 years. It is secretly believed to preserve alien occupants and spacecraft from a presumed alien crash landing in New Mexico in 1947.

The place is known as a testing facility of experimental weaponry and aircraft. It is the dream destination for the alien enthusiasts although the area is protected with anti aircraft weaponry and fighter jets to completely stop access to the public. In order to show respect to the ancient burial place, the Chinese government has closed this tomb to the public.

This place is dedicated to China's first Emperor, Qin Shi Huang, who died in 210 BC, and was buried under a hill in Central China. The burial consists of confusing and complex underground caverns, and is surrounded by Terracotta sculptures of Huang's armies, horses, servants, and staff - popularly called 'Terracotta Army'. Since its inception in 1974, more than 2,000 statues have been discovered and experts believe that another 8,000 might be hidden around the tomb. 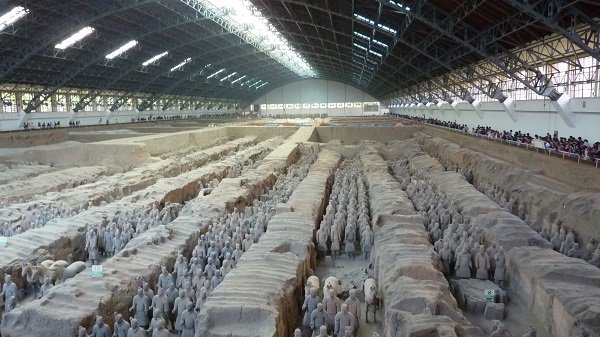 The Moscow Metro System has time and again declined to either confirm or deny the existence of this place.

Built by Joseph Stalin and code-named D-6, Metro-2 is a secret underground metro system that runs parallel to the Moscow public metro. Believed to exceed the length of the public Metro, this system is said to link Kremlin with the Federal Security Service headquarters, besides other nationally significant places. This place was closed after it experienced a major volcanic eruption from 1963 to 1967.

Situated off the southern coast of Iceland, this place is restricted only to scientists. The complete distance from the outside world is done in order to promote natural ecological succession, following the volcanic eruption. Regardless of being an Indian, it is mandatory for you to have a permit to visit these beautiful islands.

A handful of outsiders are allowed to enter these beautiful islands that are filled with white sands and blue waters. Indians can enjoy the lovely Minicoy and Amini group of islands, while foreigners will have to receive permits from the Administrator in order to visit the Agatti, Kadmat and Bangaram islands.

These islands are home to many endemic species, plant life and marine animals, and they're kept isolated from outside interference.

UNESCO announced these islands as a part of the World Network of Biosphere Reserves. Although permits will allow you to enter the place they're limited only to researchers and scientists.

Mogadishu suffers from utter lawlessness and there is high threat of terrorism and kidnapping, especially of Westerners

These beaches stretch on the east coast of Somalia, along the Indian Ocean and are incredibly beautiful. The coral reefs around there are full of fish and the beach boasts pristine golden sand. It is a shame that these beaches are out of bounds for people.

This uninhabited volcanic island is well-known for its harsh terrain and climate, with 93 per cent of the island covered by a glacier

It might be highly difficult to survive in Bouvet, owing to its climate and terrain. But if you can brave that, you will find yourself in one of the most remote islands in the world. Bouvet sits in the middle of the South Atlantic Ocean. It has an inactive volcano which is filled with ice!

This island is a habitat of many bird species, including the albatross but visitors are not allowed access as it is a private nature reserve

Not only would a visit to Albatross Island be every bird watchers dream come true, it would also be a very rare opportunity. As the name suggests, Albatross is the main attraction here but one can also spot little penguins and Australian and New Zealand fur seals.

Unless you are from the royal family, a powerful Fortune 500 CEO and a male, this club is off limits

Let us rub it in your face and tell you that this is one of the most exclusive, not to mention elite clubs in the world and you are absolutely not welcome. Current members include the likes of Prince William, his father Prince Charles and ex-members include Prime Minister David Cameron.

Home to some rare and endangered species, this island can be visited only by relatives of the island's owner

Also named as The Forbidden Island, Niihau was purchased by Elizabeth Sinclair in 1862 and is only open to her relatives for a visit and government officials. The island boasts some rare and endangered regional species along with 130 indigenous residents. These residents live in this gorgeous island rent free but with no roads or telephone service.

Let's face it, creepy or lovely - we'd all love to take at least one glance at these places.