Today, we came across an article on Buzzfeed about assistant Director/actor (lol)/producer/screenwriter (ROFL)/Dhoom series aadhaar card holder Uday Chopra, wanting to get a tattoo.

The man was so excited, he even tweeted about it.

But that didn't dampen Chopra Ji's enthusiasm who decided to go ahead with the inking.

What's more, he even decided to live stream it on Periscope.

LIVE on #Periscope: Getting Tattooed https://t.co/I4LVc7Cyas

But then, a certain Miss Nargis Fakhri decided to join the fun. 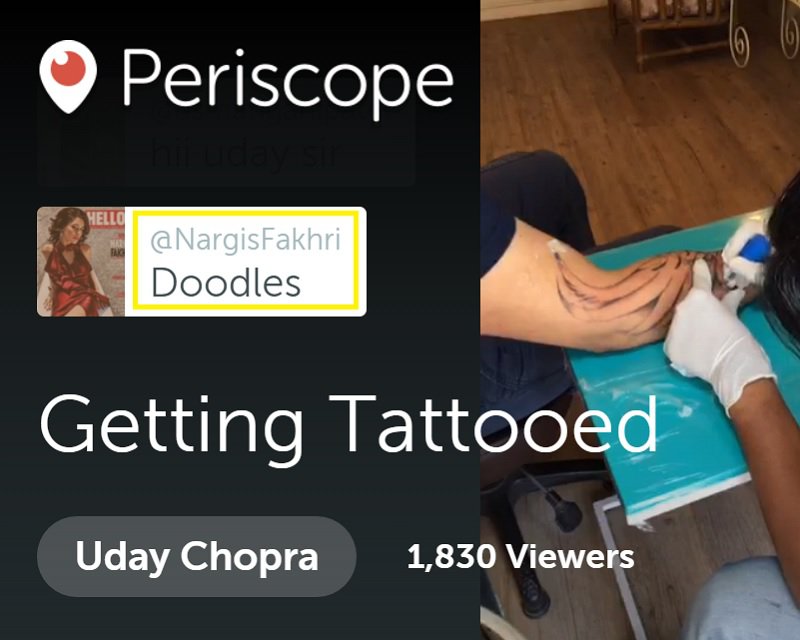 And suddenly, everybody stopped giving a fuck about the tattoo.

Someone decided to add insult to injury by stating the obvious.

More than just commenting, Nargis started interacting with the users as well, which didn't help Uday's cause.

All the interaction was happening while Uday was getting his tattoo done in the background.

Uday , who was blissfully unaware of Nargis hogging the limelight, was having an 'interesting' conversation of his own with the tattoo artist.

Nargis soon decided to leave the chat. Which left the people heartbroken.

Uday might not have gotten any attention, but he did get a tattoo.

Nargis, why the Fakh did you do that ri?