Someone asked on Quora -

"What do the Indian bride and groom do on the first night?"

Nervousness, excitement and expectations, these are the things that define the very first night after marriage. Well, the thread has some great answers for you, the experiences that people had on their first night after marriage. While some of them preferred sleeping and talking, there are some who packed for the honeymoon and then there are some who just thought about sex and stayed hopeful.

Check them out below: "Now after all teasing and blushing we were in the bedroom. She was sweating even when the AC was cranked up. At that time, I could only say, "how are you sweating even when the AC is on". She said, "because its a dabba ac". We laughed. We talked. We made a deal do The Stuff when she is comfortable with it. We were tired with the ceremony lasting so long but enjoyed talking through the night. That was still one of the best feeling in the world, Getting to know your wife, noticing minor details in her expressions, what was funny to her/what was not, how she viewed the relatives. Actually that was the first time we really talked. That was also the first time I noticed that she was very talkative." 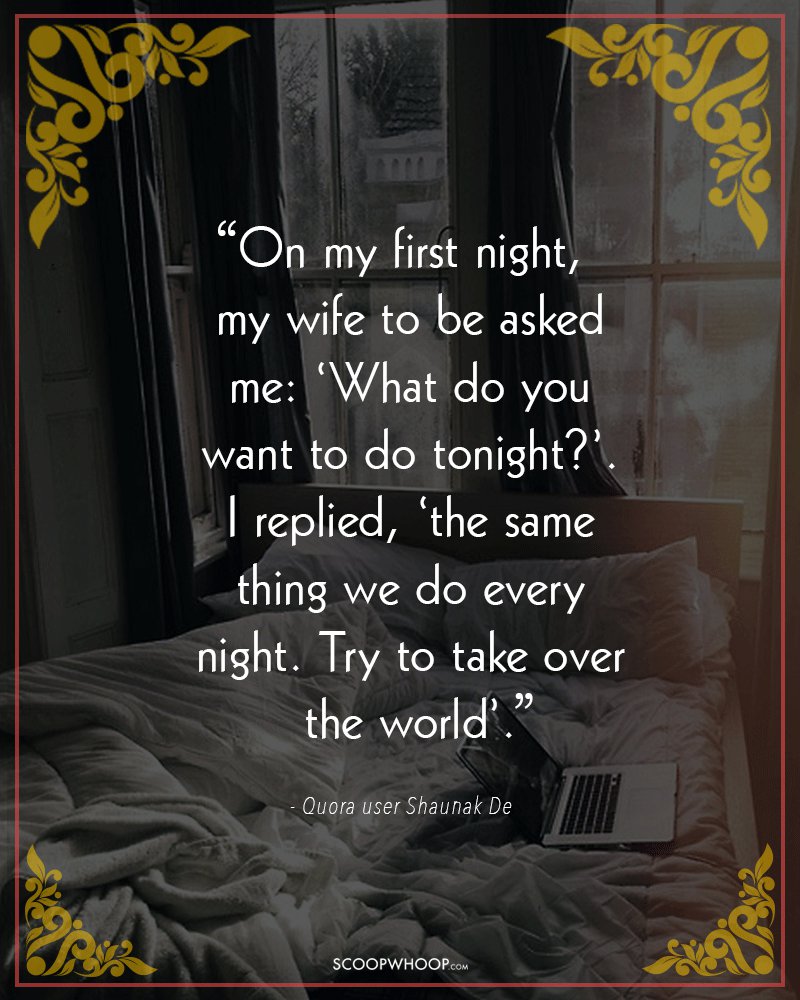