If there are a list of things that you wish your parents never knew about you, it'll probably never come to an end. If we think them walking in on us was the worst possible nightmare, the same would have been true for them too. Some of the funny, quirky parents on Quora were kind enough to share the one thing they saw their child do, that they wish they hadn't. While some of these are funny, some actually might freak the hell out of you.

1. Knowing that your child is thieving from another artist can be one of the most heart-wrenching things for a parent.

2. Toddler curiosity led to a discovery by the kid that has put her parents in a fix. This toddler had a rather awkward something while bathing.

3. This mother says that the child grew up to be a very kind soul, but one childhood incident has etched itself in her memory. 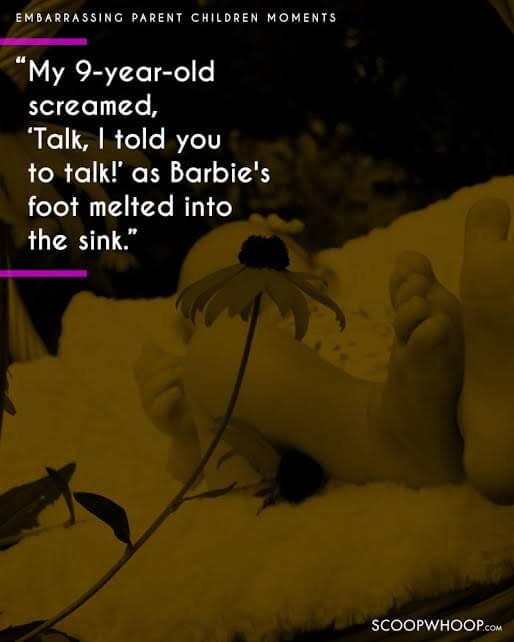 4. It's not easy, this job of bringing up kids. 5. He stole from the mall and then screamed at his mother for touching 'his things'. 6. This mother thought that the child was hiding some new drug. 7. How a 16-year-old never understood that sound travels, we will never know. 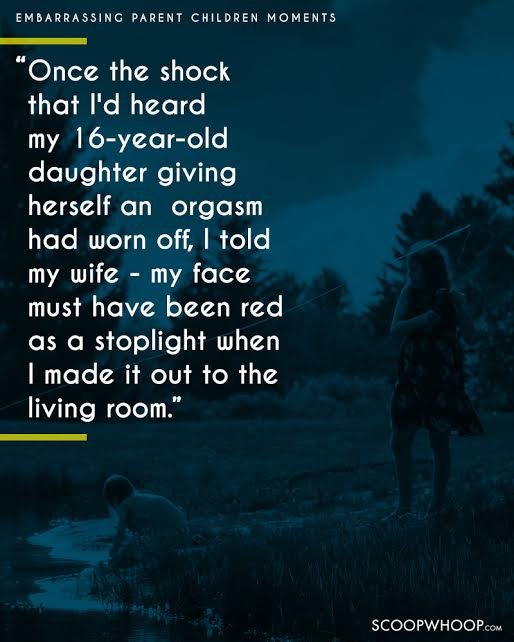 8. This father was quite undetected in the enthusiasm with which the teenager was having his moment. So he quietly made his way out. 9. Something that might take your mind off having kids, forever. 10. If anything, children need to be given credit for their honesty. The adults would have a thing or two to say.

11. This child wanted to kill his friend's mother because she did not allow him to go camping. He was just four, by the way. 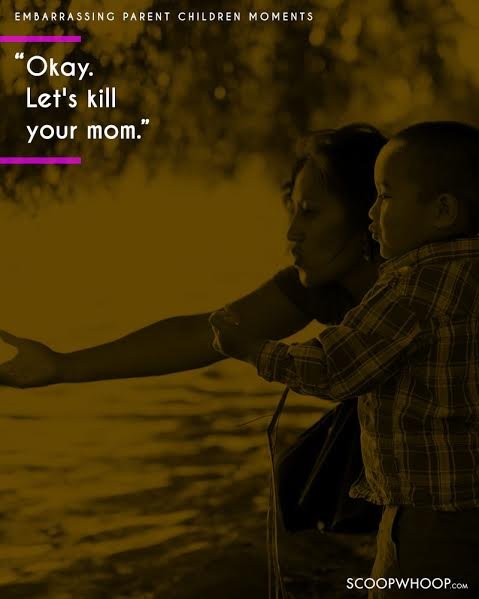 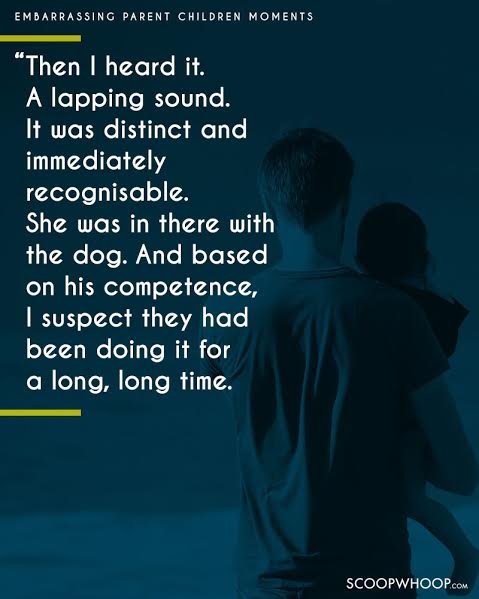 14. So this mother introduced her son to his baby brother. When she asked him if he found the baby cute, he motioned with...well... They're right we guess, kids can leave you speechless. And it does not stop at their cuteness.