Globalisation doesn't just affect our world's economy, it's affecting our very private lives. And I say that in a good way. There was a time when the civilized world was divided by a roll of thin paper - into people that wipe themselves clean after pooping, and people who wash themselves. Well, divide no more, y'all!

Our world is increasingly growing towards integration in the toilet as well. For its many appeals, the practice of washing one's behind clean with water after one drops a deuce, is being adopted all around the world.

And we're here to give you the low-down. So the next time you're met with the pretty much beaten-to-death, utterly bewildered and mildly racist question, "Why do Indians wash their poop directly with their hands, and not use toilet paper instead?" from an ignorant chump, you have the best possible answer to quell their doubts. First of all, it's not just the people of India.

The entire population of the Indian sub-continent including countries like Pakistan, Bangladesh, Nepal, Bhutan and Sri Lanka has for years chosen bum-washing as their preferred method of cleaning up.

And don't forget the rest of Asia.

It is lesser known that people in most South-East Asian countries like Indonesia, Thailand, the Philippines and Malaysia also tend to prefer washing their bottom with water even though most places provide toilet paper as an alternative. What's more, even though toilet paper was actually invented in China, many Chinese toilets also give their users the option between paper and water.

The most high-tech automatic bum-washing toilets - bidets changed the way man poops and it was Japan's endorsement for water as a more efficient means of bum-cleaning.

And believe it or not, countries in Europe and South America are following suit.

Moreover, contrary to rather dated information that most might have, several portions of the western world are also taking to washing themselves with water after taking a dump! Along with providing toilet paper, certain European countries such as Spain, Portugal and Italy as well as South American nations of Argentina, Uruguay and Paraguay have been commonly installing bidets or hand-held showers in their toilets for years now. I suppose letting people wash the sh*t out of their bums (it had to be said) with water is gaining popularity everywhere!

In fact, the United States of America has also joined water's cheer-squad.

Known for their exclusive use of toilet paper for ages, even the U.S.A has started to transition into the far more hygienic use of cleaning their behinds with water. The introduction of moistened toilet paper by Kimberly-Clark in 2001 was only the beginning of this revolution. It was followed by a number of private and public restrooms installing bidets and bum showers for the people's better hygiene and convenience. There's not one, but several reasons for this.

Why is most of the world is choosing to wash their hands of toilet paper (pun intended) after "doing their business"?

1. The use of water to post-poop clean is the move of an environment-friendly civilization.

The large-scale deforestation our world's population would cause if they continued to exclusively use toilet paper is the stuff of nightmares. People making the switch to washing are just friends of the environment, people. Wash your bums. Save paper. Save the world. 2. Toilet paper is not just terribly wasteful, but it's an expensive luxury.

Most people in developing nations cannot afford it, and some even in developed nations pinch their budgets for it. Water on the other hand, is easily available. 3. The use of toilet paper only came into being in the colder parts of the world.

The water used to be freezing cold where most paper-users lived. People took to washing in the hotter parts of the world because not only was washing possible, but highly recommended. In higher temperatures, the risks of infection from not cleaning oneself thoroughly are far greater. But now, with temperature controlled homes and regulated plumbing, thorough cleaning is available to the whole world and they are beginning to take advantage of that. And I saved this one for the last, because it really is the most important one.

4. Washing your behind after a dump is simply more efficient.

As the hilarious Ashish Shakya once put it, if somebody were to take a steaming deuce on your desk, would you rather wipe it off with some paper and go about your work, or seek the assistance of a powerful stream of water? The correct answer, of course, is that you should effin' burn that desk, but you get the point right? Cleaning with water is easily the best way to ensure one is entirely poop-free. We use our hands to do the job, and then we wash them thoroughly with soap afterwards. I can't think of a more efficient way to de-poop oneself. 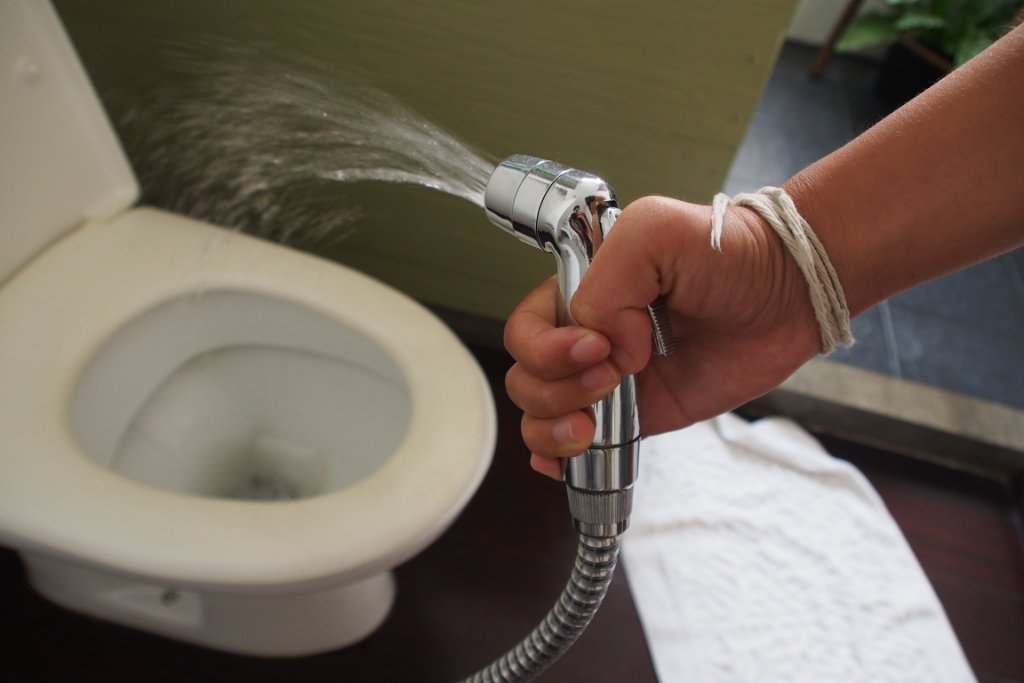