An Unpaid Intern’s Review Of Brahmastra

And even though I am grateful that I witnessed VFX that reminded me of West Delhi’s Diwali celebration, it was not that bad an experience. When I say reminded BTW, it’s mostly from what I see from my roommate’s window, cos I can’t afford to pay for a room with one. And also, I don’t do crackers. I say it’s for the environment but honestly, I just can’t afford that shit. 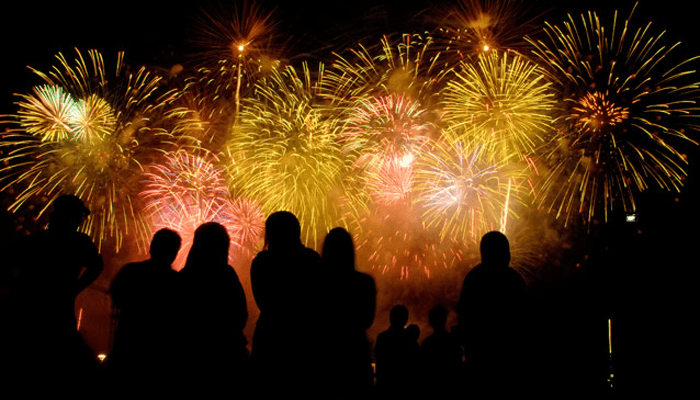 Is this a picture of the theatre with people clapping while watching the film, or is it just a random Diwali pic? You can’t tell!

And part of me wonders if climate warriors are also broke AF and so sour grapes and all that. Forgive me, I am deviating from the movie I am supposed to review. Kind of like the dialogue writers of Brahmastra, who deviated from actually writing the dialogues in Hindi. What they did instead was write all of those lines in English and Google translated them. Honestly guys, it had major Hermione, mujhe dampisaj dauda rahe hain vibes, if Hermione was the damsel in distress whose only role was asking Harry if he was alright for 3 straight hours. If I wanted to listen to dubbed Hindi and wait for Nagarjuna to appear on screen, I would just watch Sony Max on the weekends! Or any other day of the week, IDK, nobody watches TV anymore. Also, I can’t afford Tata Sky, not during the rainy season LMAO!

Now Alia Bhatt is widely talked about as being the best actress of our generation but all she does throughout the movie is say Ranbir Kapoor’s character’s name as if that would make up for their utter lack of onscreen chemistry. Also her role is so insignificant throughout the film that even Instagram influencers aren’t making unironical reels about it.

Speaking of insignificant, the VFX makes your eyes hurt. Why is everything so sparkly? We get it, you had a bunch of money, that you could have paid interns with, but you chose to show the audience what a 12ft fuljhari would look like in 3D. You know what, I would still bite but its just so much and throughout the film, like bro, come on, have you heard about this concept of novelty?

I am sorry, I keep going back to the VFX because that was the most hyped part about the film and now I get it because as bad as it was, it was the only part of the film that made me wasool some of that multiplex ticket money. I did ask the HR for reimbursement and she said next month salary mein aa jaaega and then laughed like one of those Shaakal. Then she asked if I got the joke, I said what joke, she said what salary!

Now, there are certain cameos that got the audience to go nuts in the theatre. Shah Rukh Khan as Mohan Bhargav definitely got the best scenes. But I still don’t get why you went with his character from Swades. No, I get throwbacks but why?

The movie is clumsily written, haphazardly directed, with the hope that the overuse of shoddy VFX, cameos from superstars, random throwbacks, and Amitabh Bachchan talking about Dragonball Z would make up for a movie that, no offence to Mouni Roy, looks like a spin off of her show, Naagin.

I wish I could say I am looking forward to the sequel but TBH, I would just Torrent this stuff next time. Oh boo fucking hoo, like your entire friend circle isn’t using the same Netflix account.

Anyhow, this is how the review ends, it a weekend and I have to call my mum to lie to her about just how happy I am to have this awesome opportunity in the media industry.

Oh, and this hasn’t been written by an actual intern. They mainly just get us coffee and stuff, sometimes we send them to buy vegetables for our homes, but articles nahi denge unko likhne lol.