Bill Gates is worth $79.2 billion. Let that sink in for a minute. With all that money, he kind of had to have an impressive crib. Located in Medina, Washington, the Bill Gates estate took 7 years and a whole lot of money to build, and it shows. The good thing about it is, despite dishing out on the latest and the greatest indulgences, he's also tried to keep his home as eco-friendly and green as possible.

Here are some little-known facts about the house of the richest man in the world - Bill Gates!

1. The sprawling home is named 'Xanadu 2.0', after the fictional home of the title character from 'Citizen Kane'. 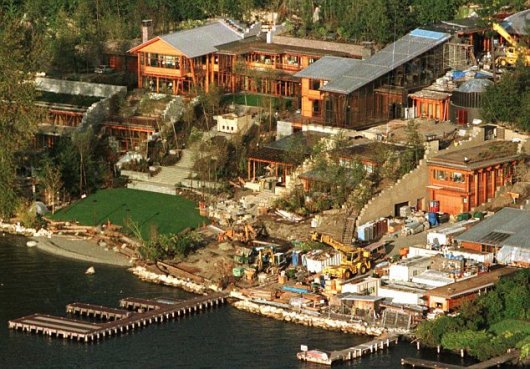 4. Xanadu is an 'Earth sheltered' house that uses its natural surroundings to reduce heat loss. 5. Guests are given a pin which they can use to control the temperature and lighting all over the house. 6. There's an opulent 60-foot pool on the premises with its own underwater music system. 9. The sand on the lakefront shore of Gates' beach is imported from the Caribbean.

10. There's a cosy little home theatre that can seat 20 people and even has a popcorn machine. 13. There's 24 bathrooms in the house, and all the floors are heated. 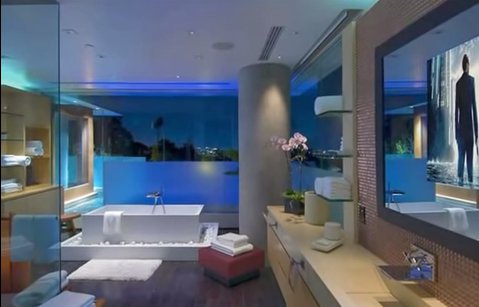 14. There are 6 kitchens spread around different parts of the house. 16. There's also an artificial stream running through parts of the house complete with various kinds of fish.