As you may or may not know, Bob Dylan was awarded the Nobel Prize for Literature today. Why would they award a prize in literature to a singer? Because he, and we quote, "created new poetic expressions within the great American song tradition". The man was a freakin' prophet. Dylan was born Robert Allen Zimmerman on May 24, 1941, in Minnesota. He later dropped out of the University of Minnesota to pursue his music career in New York City. The writer and artist revolutionized rock 'n' roll songwriting, often using poetry and humor to sing about social unrest.

So, without further ado, here are 15 of his best lyrics. Honestly, we would've fit in more, but you can't put a singer's entire discography in a single article. 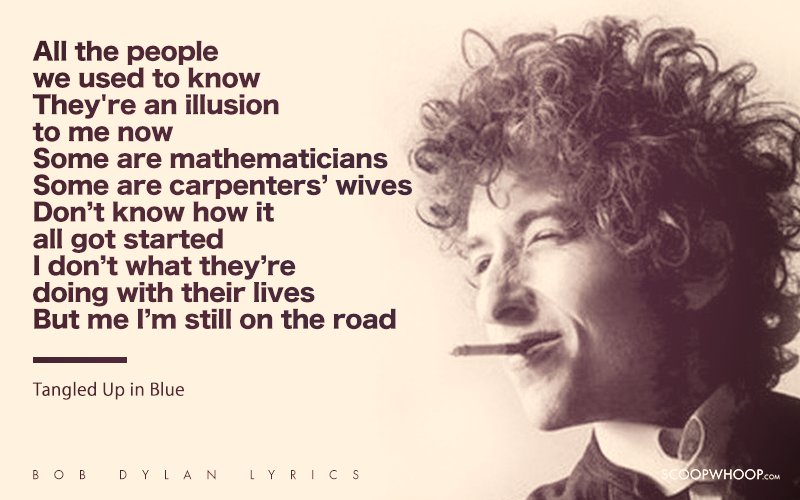 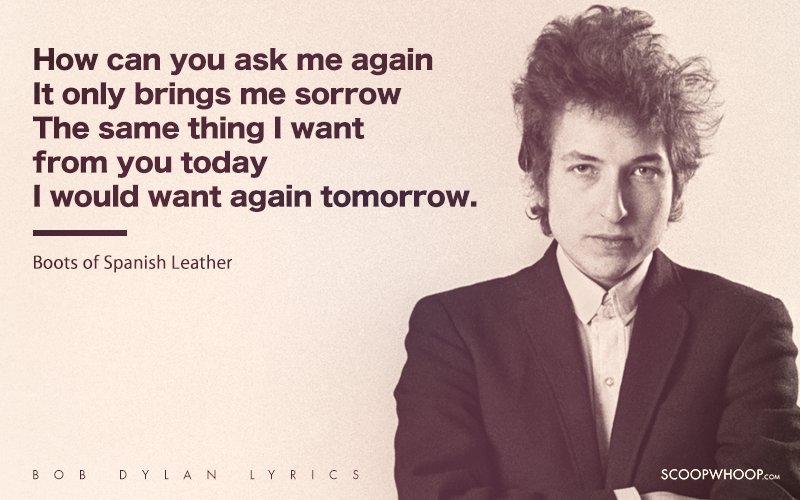 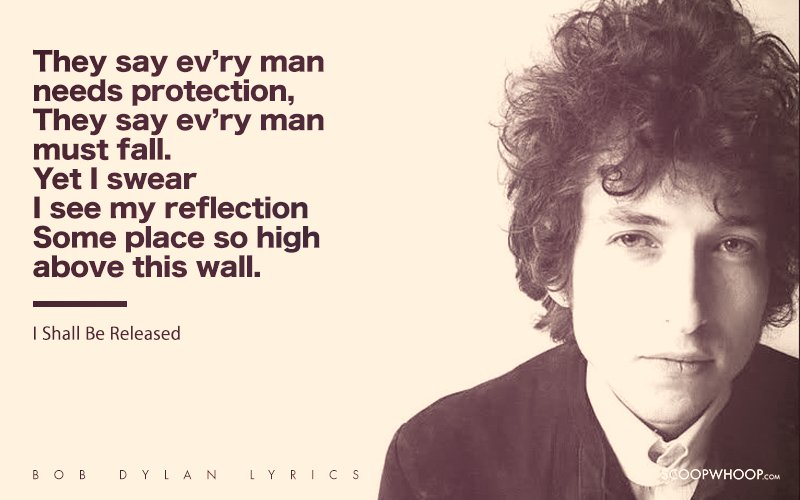 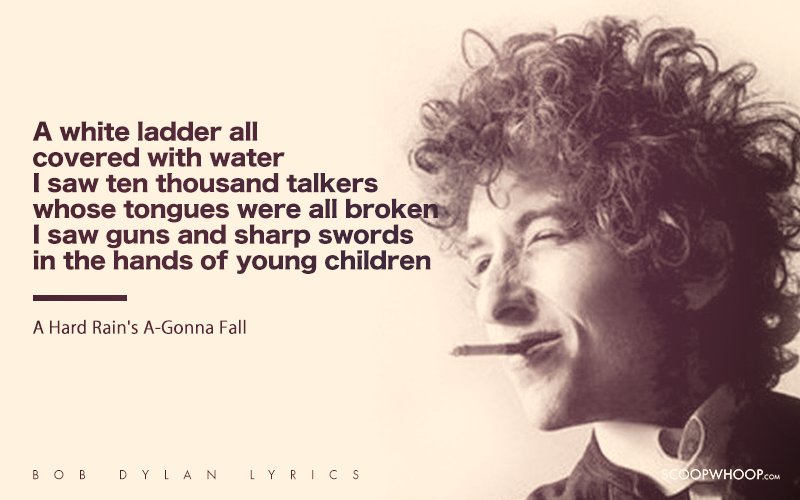 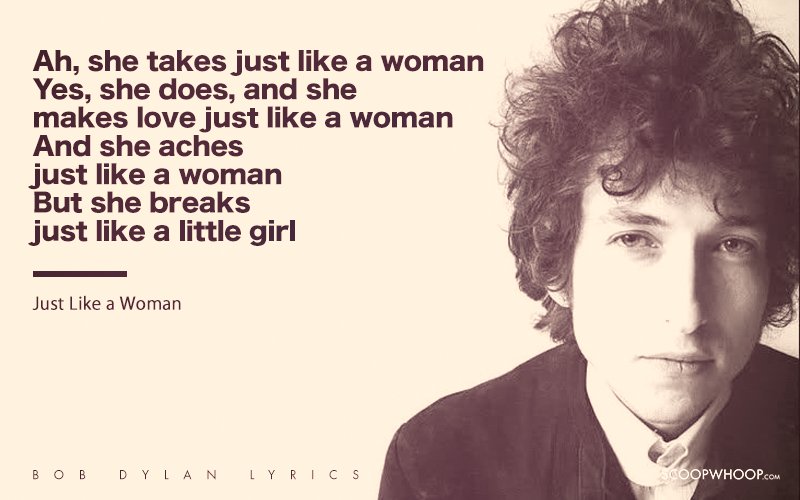 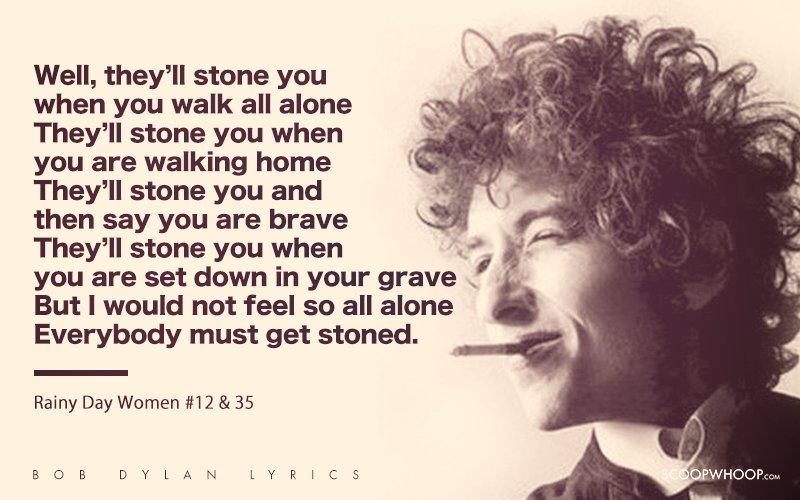 We love you, Dylan. We hope to see more of you in future.