Nothing brings out the vibrancy of India like the festival of Holi. It’s the one festival where adults and children come together and play their hearts out sprinkling and spraying each other with colour. Now we’ve all had our share of unique Holi parties but there are certain characters who you will invariably run into at every Holi party. Here’s a list of 10 such truly interesting characters who are present at pretty much every Holi party.

This guy gets messy, real messy because his chief weapon during Holi are eggs and if you’re really unlucky rotten eggs. 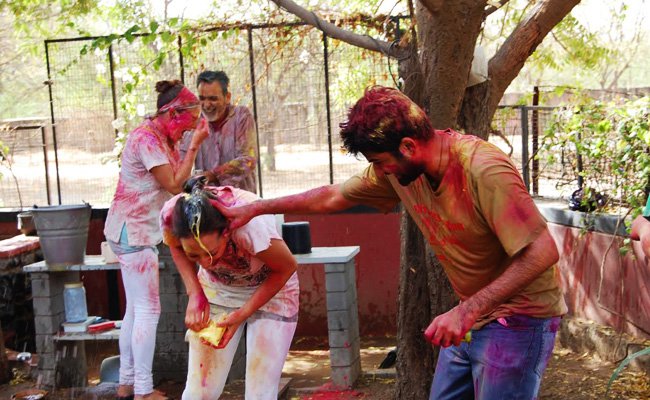 Unseen to the untrained eye, the Sniper will attack you with water balloons and pichkaris without you even knowing what hit you. 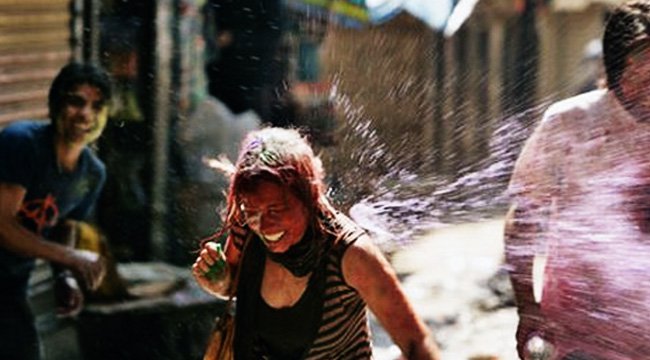 Ok now this guy is really ready to play Holi. Armed with big ass bazookas with 5 litre capacity, this guy is ruthless, armed & dangerous. He will paint the town red, green, blue & what not. This is that guy at every Holi party who bears the brunt of most of the colour attacks but the thing is he keeps coming back for more. No matter how many water balloons or how many litres of coloured water you empty on him, he just will keep coming back.> These people show up in the middle of a Holi party and demand to be spared amidst all the color play. Why? Because technically they don't play Holi. No one can predict what this guy will come armed with for Holi. From ink to ripe tomatoes to other weapons of mass color-destruction, everything is fair during Holi in his books. In an effort to ward off Holi players, they pour coloured water on themselves and smear their own faces and clothes with colour. Thereby reducing the chances of getting attacked by colour. Genius if you ask us! These are the people who will do anything to avoid getting sprayed on by colour. But what they mostly do is push you in the line of fire and make you their shield! 9. The guy who never shows up

Technically, we are supposed to get into the Holi spirit with this guy but invariably he doesn't turn up. So from being a guy who was to make it, he becomes the guy who everyone keeps waiting for!

10. The “Holi is just a reason to drink beer in the morning” guy

Chilled out and ready for fun, this beer lover treats Holi as just another excuse to break open a pack of Beer. What would a Holi party be without him!