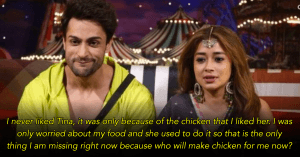 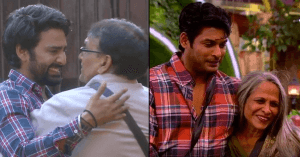 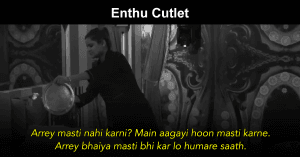 From Feisty To Enthu Cutlets, 8 Types Of Contestants In Every ‘Bigg Boss’ Season

From Bathroom Duties To Captaincy, 9 Things Archana Gautam Has Fought About In Bigg Boss 16

Bigg Boss 16: 10 Times When Contestants Fought Cos They Had Nothing Else To Do

The first season of Bigg Boss aired back in 2006 and it became a source of entertainment for us ever since. Families sat together every day to watch this one-of-its-kind reality show. After 15 successful runs, Bigg Boss 16 is coming back to our screens and we are expecting nothing but entertainment and drama.

In Bigg Boss, a number of contestants are locked in a purpose-built house with limited facilities, isolated from the rest of the world. The house is built differently for each season, depending on the theme. The contestants are put under constant surveillance and perform the tasks assigned to them by Bigg Boss. The contestants with the best performance are rewarded with immunity and special advantages.

Every week each contestant nominates two of their housemates for eviction, and the housemates who receive the most nominations face a public vote.

The last few seasons of the show have been hosted by none other than the audience favourite, Salman Khan, who brings his own charm and charisma to the show. He appears every weekend to announce the eliminated contestant and also schools the rest of the contestants for their behaviour throughout the week.

In the final week, only a couple of housemates are left, and the audience votes for their favourite for the big win.

Good news for all the Bigg Boss fans out there, Bigg Boss 16 is coming back to our television screens this October. Bigg Boss 16 start date is October 1 with the second half airing on Sunday, October 2. Each episode will air at 10 PM from Monday to Friday, and at 9:30 PM on the weekends. But if you can’t wait to watch the show, it airs 30 mins earlier online on Voot, that is, 9.30 PM on weekdays and 9 PM on weekends.

Although we don’t have the final Bigg Boss 16 contestants list yet, the word on the street is that a lot of celebrities from all walks of life, including TV, social media and even films, will be entering the Bigg Boss 16 house this season.

One such name is social media sensation Faisal Shaikh a.k.a Faisu, who netizens are almost certain will be seen on the show this season. He recently appeared in Khatron Ke Khiladi Season 12, after which he has gained an even massive following.

Other actors like Sreejita De, Kanika Mann, Prakruti Mishra and Imlie lead Sumbul Touqueer have also been finalised, but they are yet to sign the contract.

There was news that Munawar Faruqui is among the first few contestants to be finalized for the show but as per latest reports, he is now in two minds about his participation.

But don’t fret, we do have a few confirmed contestants as well. According to reports, Miss India runner-up Manya Singh and television actors Tina Dutta, Shivin Narang, and Shalin Bhanot have been locked in to be on the show.

One of the best things about Bigg Boss is that there’s a new theme every year. We’ve seen several interesting themes over the years, like the Heaven-Hell, Aircraft, Padosi, Jodi and the Double-Trouble themes. After a Jungle theme in Season 15, it is rumoured that theBigg Boss 16 is going to have an Aqua theme - something related to “Ocean and Water”. In some of the leaked photos circulating on the internet, we can see theBigg Boss house adorned with bright blue and gold hues with sea-inspired embellishments, making it even harder for us to wait for the new season. The themes set the tones for what we can expect in the season, and by the sounds of it, Bigg Boss 16 seems really interesting.

Bigg Boss is one of the biggest reality shows in the country and as one of India's biggest online publications, ScoopWhoop will be dedicated to giving you everything about Bigg Boss 16. So, whether it is the day-to-day activities of the contestants, the timings of the show, the daily promos, reviews, live updates and the tasks for the day, the brewing romances, the fallouts, the fights, the alliances or the betrayals, whatever goes on in the Bigg Boss house and whatever it is you need, you’ll get it at ScoopWhoop.com. So stay tuned for all the written updates on Bigg Boss 16, and let the drama unfold kyuki rule ye hai ki iss baar koi rule nahi hai.